This blog post is in the Stories for the Boys series.  This series is written specifically for my grandsons who will (hopefully) one day read these stories and get to know their grandparents a little better.  The post is open for anyone to read but the specific intended audience is my grandchildren.

Today is September 11th.  We mark the 17th anniversary of the 9/11 tragedy when Islamic terrorists crashed two airplanes into the World Trade Center towers in New York City, crashed one plane into the Pentagon, and crashed a plane into a field in Pennsylvania.  The attacks killed at least 2,996 people including emergency first responders and injured 6,000 more people.  Over the years, others have died of cancer and respiratory illnesses directly related to 9/11.  Songs have been written, memorials had, and a museum built.  In my memories of that time, one song in particular was moving for me and asked a question I’d like to answer for you boys today.  It’s a song by Alan Jackson called Where Were You When the World Stopped Turning.  You can listen to it on YouTube here.  You can read the lyrics here.  You can read the story behind the song here.

September 11, 2001 was our last day living in Idaho.  We had already sent Derek and Shaina (your parents) to live with their grandparents in Oklahoma at the beginning of the summer.  Going to Oklahoma for 6 weeks each summer to live with grandparents was their normal summertime activity anyway.  Your Papa Bart was already living in Oklahoma and working.  I had stayed behind in Idaho for the summer to try and sell the house and wrap things up there.  The night of September 10th we had loaded the remaining possessions we had on the trailer except for a small television and our pillows which we’d left in the house and would take out right before we left.  The morning of September 11th your Papa drove to the gas station to fill up the tank and get a coffee before leaving.  When he returned he came rushing in the front door and told me to turn on the television “NOW”!  When I turned it on the first tower had already been hit.  As it sat there trying to make sense of it, the second plane hit the second tower.  I felt so sick!  We sat and watched for a long time.  I had nightmares for a long time after that and this is what those nightmares were about:

I can’t imagine trying to outrun that debris cloud.  It makes me shudder.  I know there were worse things, worse photographs, and I had dreams about those too- people jumping out of the towers, firefighters running into the towers…it was horrifying.

We left Idaho later that morning not knowing how far we would make it, what would happen next, if we would be able to get across the country to our children or not.  We had saved up enough money to get to Oklahoma and have some left over to live on but on 9/11 gas prices soared.  We barely made it back to Oklahoma with the money we had saved.  But God was watching over us and we made it.

In the week following 9/11, there were no planes in the sky- the only time I’ve seen a pure sky unmarred by planes or chemtrails.  It was eery.  What I did love was the renewed patriotism, people going to church and being kind to one another.  Of course, that didn’t last long and now we have the world you live in.  That makes me sad.  In the America of my childhood it felt safe for the most part.  You have never lived in an America that feels safe.  For that, I’m sorry.  My wish for you is a safe America where you can live a good life in peace.  I do hope you get that.  I hope your children and grandchildren get that.

So, to answer the song’s question…on September 11, 2001, your Papa and I were in a little cream-colored house on Armand Street in Kuna, Idaho when “the world stopped turning”. 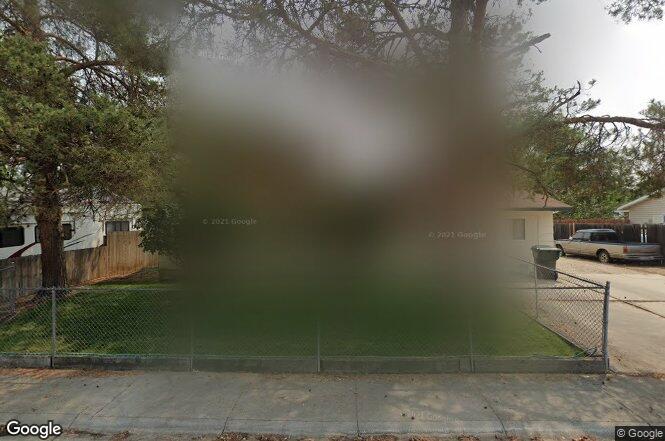 I hope you never have to live a day like that one.  I love you boys more than my life.