On this date in 1911 Milo Greenwood DEWITT, my husband’s paternal 2nd great grandfather, passed away.  I wrote about him this time last year.  You can read that post here.  It talks about his life and about why he has the interesting gravestone he has.  Here’s a detail shot of the stone:

You should really go back and read that post because I don’t have much that’s new to share with you today.  I do want to touch on his time as postmaster a little bit though.  Below are a few things that were going on for postmasters during the time Milo was a postmaster.

Unlike today, the postmaster of Milo’s time worked for the government.  They could resign, but they could also be removed at the desire of the government, as was apparently the case with Spiro postmaster, T. P. Hackett.  It’s possible that Milo knew Mr. Hackett since Milo lived in the Spiro area and was postmaster in neighboring towns (Burgevin and Tucker) for a few years. 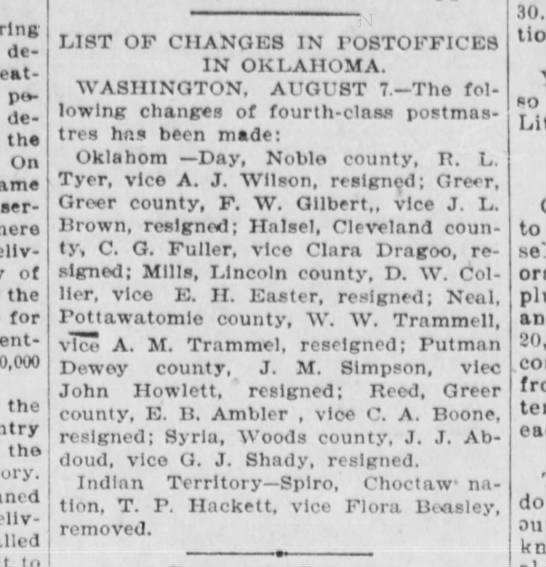 And that rural free delivery?  It was just one big experiment in the late 1800’s and early 1900’s.  If you click this link below you can read a newspaper article from 1900 that talks about changes the government was implementing at the time, about the new rural delivery system, and about new post offices going in in Oklahoma and surrounding states.

A postmaster’s salary could be readjusted- either up or down. 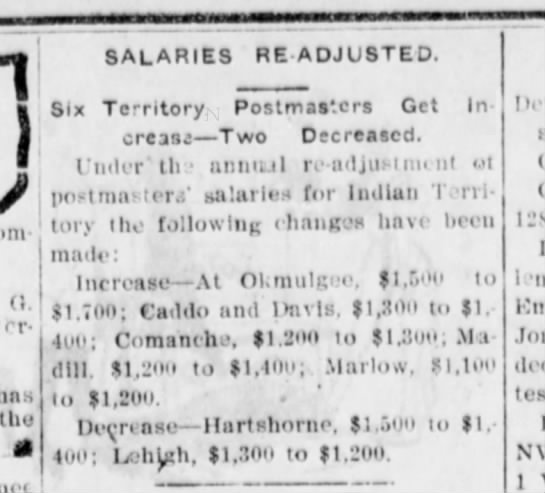 And those endless conferences and meetings?  Yep- they had them. 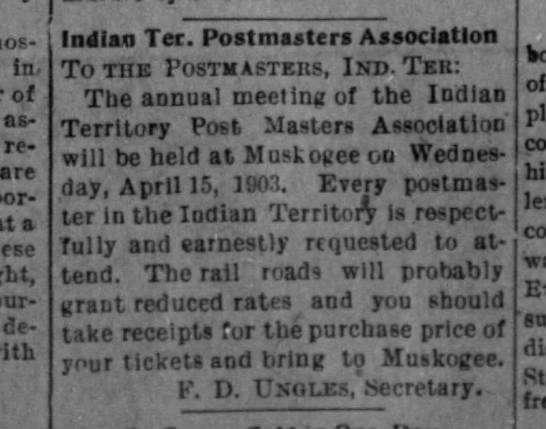 It has been interesting thinking about all the different aspects of Milo’s job.  I would not have guessed that in that time period he would have meetings/conferences, endless government rules to follow, etc.  Nothing is new, right?

So, celebrate Milo’s life.  It’s more like yours than you thought maybe.  Celebrate your own life, too.  You mean the world to someone.  Hug them, kiss them, tell them you love them.  Tomorrow is not guaranteed.  And if you’re stuck at one of those conferences/meetings today- well, just enjoy it.  It’s a part of life.